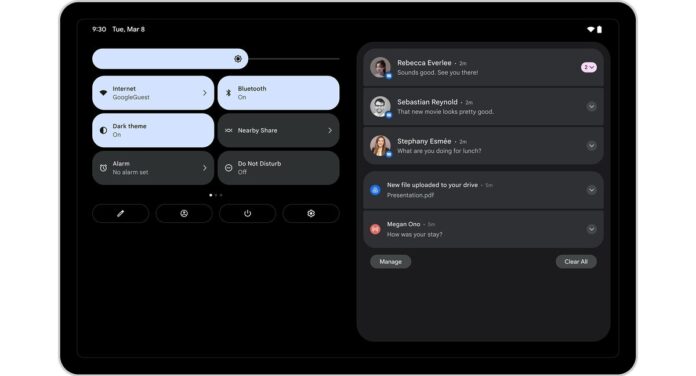 Now that Android tablet computers are having a resurgence somehow, as well as foldables are coming to be an increasing number of traditional, Google identified that it would certainly be time to do something regarding the typically dreadful individual experience of Android on gadgets with larger displays. Hence Android 12L was birthed, initially introduced last October.

A number of beta develops complied with that first introduction, as well as today the firm is “presenting” Android 12L once more, this time around in an extra traditional style, much less concentrated on designers as well as even more on regular customers.

Android 12L’s optimizations for larger displays consist of committed columns for alerts as well as fast ceramic tiles – the previous on the right, the last on the. With this adjustment, you’ll have “even more area to watch as well as swipe away your alerts”, the firm states. 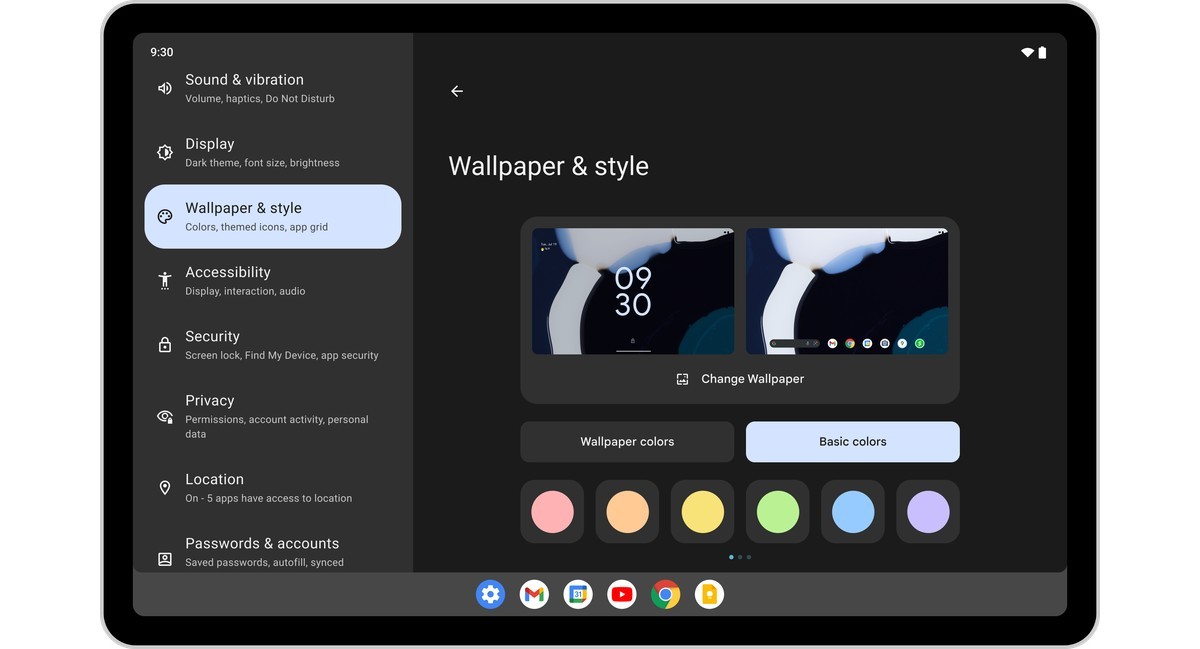 Settings has a two-column sight on such gadgets with larger displays, although some variant of this has actually currently been carried out by a great deal of Android gadget manufacturers. Still, it’s excellent to see it baked right into “supply Android”.

You can likewise go down any kind of application as well as drag from the taskbar to get in split-screen setting. In instance you were asking yourself, there’s still a condition bar on top revealing the moment, alert symbols, along with the connection symbols as well as battery ability – resembles just Windows has actually identified exactly how to incorporate every one of these right into one bar.

That’s regarding it for user-facing functions. Google anticipates to bring Android 12L “to your preferred tablet computers as well as foldables with prepared updates from Samsung, Lenovo, as well as Microsoft”. When? “Starting later on this year”, which can actually imply anything. With any luck a much less obscure time structure will be on deal from the 3 firms called in Google’s news, although it can not simply be us seeing a great deal of missing out on names on that listing?(*)